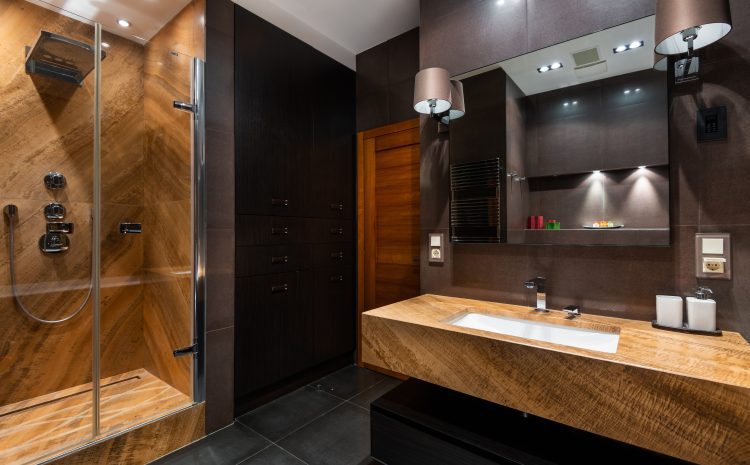 You’ve likely heard of mid-century bathroom design before. Or if you haven’t, you’ve probably seen it in style magazines and on interior design shows.

In recent years, mid-century modern design has regained popularity, most likely due to the simplicity and timeless look-and-feel. Here’s what this design entails, why a mid-century modern bathroom vanity could be the perfect addition to your bathroom, and what to consider.

What Is Mid-Century Modern Design?

Mid-century modern design first emerged around the 1930s after World War I and was popular until the 1960s. It’s known as a simplistic style, combining functionality with the use of different raw materials, which became more readily available after World War II.

The trend’s focus is a minimalist, functional approach with a hint of personality and eccentricity. It‘s all about juxtaposing various materials such as wood, metal, glass and brass. In particular, when it comes to mid-century vanity bathroom designs, it combines clean lines, minimalist elegance with a touch of quirky, pop of colour or gorgeous geometrics.

Why Choose Mid-Century Modern Design for Your Bathroom?

Mid-century modern style fits well with other interior design styles and should not look out of place if you want a bathroom renovation.

Although you can easily create a mid-century modern feel with various elements, avoid going overboard and making too many focal points in the design. Mid-century modern should still feel minimalist and effortless.

So now you’ve decided to implement a mid-century modern feel, but where do you start?

When it comes to mid-century modern vanities, think minimalistic and functional. You’ll be looking for a vanity with clean lines and a simplistic design paired well with angular, metal hardware.

Raw material such as wood is a sure success for a mid-century modern bathroom. Wooden vanities, in particular, help to bring a simplistic but natural element to a bathroom, giving a timeless and elegant look.

VBathroom’s Malibu 1200 Walnut Vanity has a simplistic design with a beautiful Walnut finish. The chrome hardware paired with this beautiful wooden finish is ideal for a mid-century modern look. Not only is the vanity stylistically perfect, but with excellent storage space, it’s functional too.

On the other hand, the slim and sleek lines of the Whitney 1200 in Charcoal Oak will pair well with beautiful brass tapware. The simplicity of a bathroom vanity such as this with natural light streaming into your bathroom will leave you with only needing a few accessory pieces or a pop of colour to bring forth a mid-century modern feel.

Other Mid-Century Modern Elements to Consider

Mid-century modern design prefers natural light rather than artificial lighting. If you have natural light streaming into your bathroom, be sure to accentuate this and use a lot of greenery in your space.

The rest of the lighting in your mid-century modern bathroom will be more stylistic than functional. Beautiful wall sconces or pendant lights will add mood to your bathroom. You can even play around with accent lighting and LED strips around your mirror.

If patterned tiles seem too bold, using tiles with exciting shapes like hexagons can help emulate the look of space while giving your room just enough texture and boldness to be mid-century modern.

Soft pastel colours such as blush pink or minty green will help echo the minimalist feel of mid-century modern while bringing a sense of eccentricity. Colours usually feel bold, and while this will likely push you out of your comfort zone, using a soft colour against the harsh combination of materials and warm wooden colours will provide a refreshing sense of style to your bathroom.

Interesting curvature and shapes do not only have to be in tiles but can be in the form of mirrors or subtle curves on a bathroom vanity. Shapes and curves are unique to mid-century modern styles and help soften the harsh look created by combining elements such as wood, brass and glass usually found in mid-century bathroom styles.

A simple element such as an interestingly shaped mirror or a sleek wooden framed mirror, like the Venice 900 Mirror Cabinet in Walnut, will help pull through a mid-century modern style in your bathroom. It shows that you can start with minor stylistic modifications to pull off a look easily.

In Conclusion: Keep it Simple

Giving a bathroom a facelift can become overwhelming as you feel concerned about making the right decisions or even just making decisions with all the available products.
VBathroom in Perth has an extensive range of bathroom furnishings to help you create a modern new look. Contact us today if you need any help with revamping your bathroom, and we’ll help you decide on the right bathroom furniture and decor items for your lifestyle and preferences.