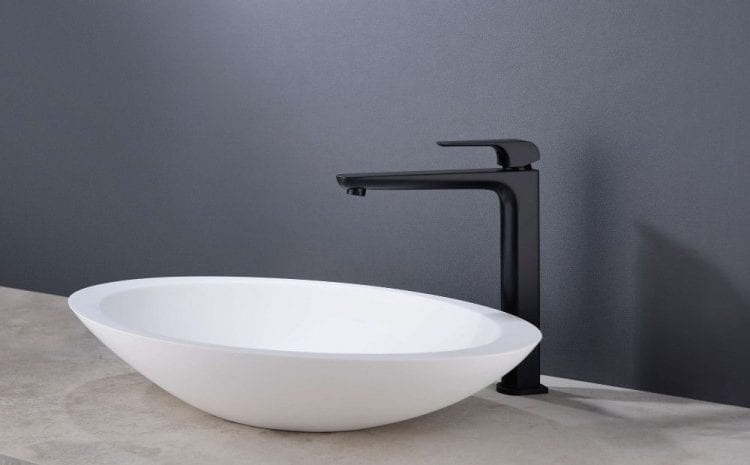 If you’re shopping for bathroom tapware, choosing between mixer taps and standard taps can be a confusing decision. In fact, you might need a different type of bathroom tapware for every different room in your house.

Although the one is not necessarily better than the other, you have to consider who will be using the taps most often and what look and feel you want for your bathroom.

If you’re struggling to decide between the two, keep reading as we share everything you need to know.

What is a Standard Tap?

Your standard or traditional taps have two taps to open, one for hot and one for cold. Therefore, one of these is connected to your cold water supply and the other to the hot water supply. The water then exits from two separate nozzles, and you have to open both to get the right temperature.

The Classic Look is Timeless

Can Be Easier to Install

Standard taps are generally easier to install, especially if you previously had standard taps in your bathroom.

Need Some Elbow Grease to Open

It can be tricky to open if it’s a turn tap, especially for children, the elderly, the disabled or the injured.

It might be more dangerous for children if they open the wrong tap as scalding water can burn them and temperature is not as regulated as with a mixer tap.

What is a Mixer Tap?

A mixer tap, sometimes called a thermostated tap, is a popular tapware option for kitchens in particular. Bathroom mixer taps are also the most common type of bathroom tapware in Australia. They are a certain type of design that allows both hot and cold water to flow from the same faucet mostly using one lever instead of separate designated hot and cold taps.

It effectively allows you to switch or mix between cold and hot water easily. This also makes it much easier to get the ideal temperature quickly than having to balance hot and cold water from two different taps.

Mixer basin taps are generally a good choice for bathrooms used by children or older people, as they are easy to open. You can very easily control the flow of the water and the temperature by simply lifting the lever with minimal effort.

How Do Mixer Taps Work?

Equipped with valves usually shaped as disks or balls, they open and close depending on the hot or cold setting you switch to. This is all done using the same tap fixture.

Easy and Fast to Get The Right Water Temperature

With standard taps, trying to run a bath or fill a kitchen sink can leave you burning or freezing your hands as you try to get the perfect temperature. With mixer taps, however, it’s much safer, quicker, and easier.

Friendlier on Your Monthly Bills

You won’t use as much hot water when you set the temperature in one flow. This is because it is fitted with a flow limiter to stop too much water from moving through only one of the pipes.

Many people prefer mixer taps because they are sleeker, come in modern designs, and have a slimmer profile. The high rise mixer tap is also gaining popularity as it creates more space and an ultra-modern aesthetic for your bathroom basin.

Your basin mixer taps can work in the kitchen, bathroom, and laundry. It’s also easy to convert a bathroom mixer tap into a shower bath, allowing you to direct the water from the tap to the showerhead or bath tap with the push of a button.

Easier for Children and Elderly to Open

Because bathroom mixer taps are generally fitted with a lever that you can simply push up, down, and to the cold and hot water sides, it’s much easier for both children, the elderly, disabled or injured to open.

Who will be using the bathroom?

As mentioned before, you need to consider who will be opening the taps.

How much space do you really have?

If you have a small bathroom, you might want to consider opting for a sleek mixer tap instead of a bulky traditional standard tap, as it will take up less space.

We all have a budget we need to stick to, but if you choose something as important as tapware, you need to consider going for the higher quality tapware solution. If you go for something cheap, it might just cost you more in the long run as you will have to replace it a lot sooner after just a couple of years of wear and tear.

Long-term maintenance of your tapware

When going for a cheap tapware solution or perhaps a finish that is difficult to maintain, you will have to give it a lot of extra TLC to keep it lasting and looking good for years to come. For example, black tapware might be a very on-trend tapware right now, but you need to be careful not to use harsh chemicals when cleaning it and continually wipe it down with a soft cloth.  It also shows dust and other particles quickly, which means you have to wipe it down constantly!

Could you spend a couple of extra bucks to save you more money on your monthly water bills? Consider implementing a water-efficiency feature in your tapware.

Browse our selection of high-quality bathroom tapware, as well as other bathroom furniture and accessories to help create your dream bathroom. Contact us today.