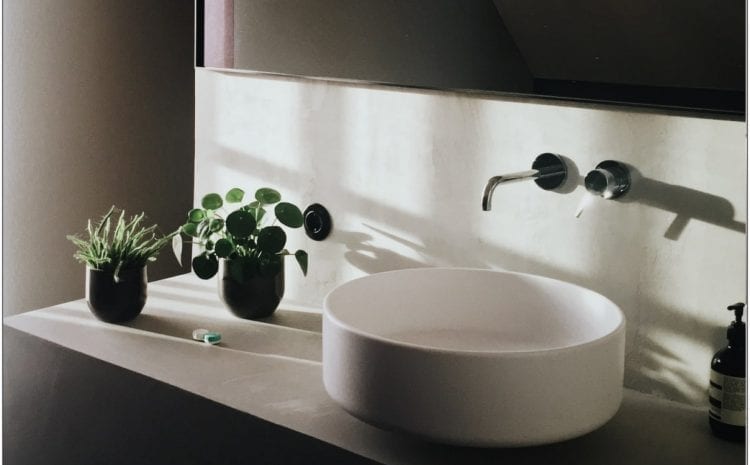 The taps may be a small part of your bathroom, but they are very significant. Carefully chosen bathroom tapware can make a huge difference to the overall appearance of the room, as well as making the bathroom more pleasant to use.

You may be renovating your entire bathroom, but even if you are just replacing the taps, it makes sense to choose them carefully.

How to Choose Your Tapware

There are lots of things to keep in mind when you are picking bathroom tapware. Here are some of the most important factors to consider.

You want to make sure you choose quality tapware that is durable, otherwise you’ll find yourself having to replace the taps in a few years – and that can be expensive!

The bathroom tapware should match the style of the room. Is it a traditional bathroom? You might want a traditional three-piece tapware. A modern style? There are plenty of modern tap styles available. You want the taps to blend in seamlessly.

Wall-mounted taps are becoming increasingly popular. Not only are they stylish, but they also give you more space on the vanity. Top-mounted taps, on the other hand, are also popular and come in a huge range of styles.

You will be using your bathroom taps every day, so you will want to have something you enjoy using and that feels good in the hand.

Who will be using the taps? If you have young kids, make sure you choose something child-friendly and that is easy to operate – which usually means mixers.

Finally, the price. Yes, it’s important, but remember that taps are something that you want to last so they should be high-quality. It’s a good idea to spend more on your taps when you buy them, and less repairing or replacing them later on.

Now we’ve looked at the key considerations, it’s time to think about colour. Bathroom tapware comes in a huge range of colours, and there really is something for every style. Here are some of the most popular colours for bathroom taps right now.

Chrome tapware is a classic, timeless choice, and it has been popular for decades. This traditional material provides a classic touch to your bathroom and almost merges into the background. It’s a great option if you want bathroom taps that do not stand out too much.

Traditional, warm and beautiful, brass provides that old-world look that is immediately eye-catching and is an effortless way to make a statement. Sophisticated and elegant, brass taps look especially impressive against black or white backgrounds.

Matte black bathroom tapware has become very popular in recent years, and this shows no sign of abating. It provides an industrial and modern look to any bathroom, and it looks particularly striking against white tiles.

Similar to bronze, gold-coloured taps are at once both warm and striking. Brushed gold is particularly popular, offering something less dazzling than brass and more subdued but equally attractive.

Another classic option, stainless steel taps provide a modern and contemporary look to any room. They are also easy to care for.

Subtle and interesting, brushed nickel taps work well in industrial-style bathrooms. But having said that, they seem to look good almost anywhere.

Striking matte white bathroom tapware is very popular at the moment. This colour works well with a huge range of styles and provides a particularly crisp and clean feel to the room. It can also be used as a contrast against dark features.

Alternatively, let your imagination run wild! Nothing to stop you using rose gold, red taps, blue taps or any other colour for that matter.

Hopefully that’s got you thinking about colours for your bathroom taps, but it’s also important to think about the current trends. Bear in mind that these come and go, but if you want an on-trend bathroom, here are some of the latest bathroom tapware trends that might interest you.

Textured taps with patterns are a big trend right now. They provide a bespoke look to the bathroom, and this original and unique feel is very desirable. They are especially common on chrome tapware.

Wall-mounted taps are in fashion right now, and they are available in various colours like chrome and matte black. They give your bathroom a luxury feel while still being simple and elegant.

Living finishes are a big trend right now.
This is where you leave your brass taps to oxidise to create a rustic effect – and save time on polishing! Many people find this beautiful, and the patterns change according to where you touch the taps the most. It works especially well with other natural materials.

Another trend is to use taps with contrasting colours to make them stand out against the rest of your bathroom. You could have taps that stand out from the other fixtures or the tiles to make them become a stand-out feature of the bathroom in their own right.

Find the Right Tapware for Your Bathroom

There’s a lot to consider when you are finding new taps for your bathroom, from the style and material to the colours and the latest trends. So consider all your options carefully, then explore our huge range of taps and find the perfect tapware for your bathroom.