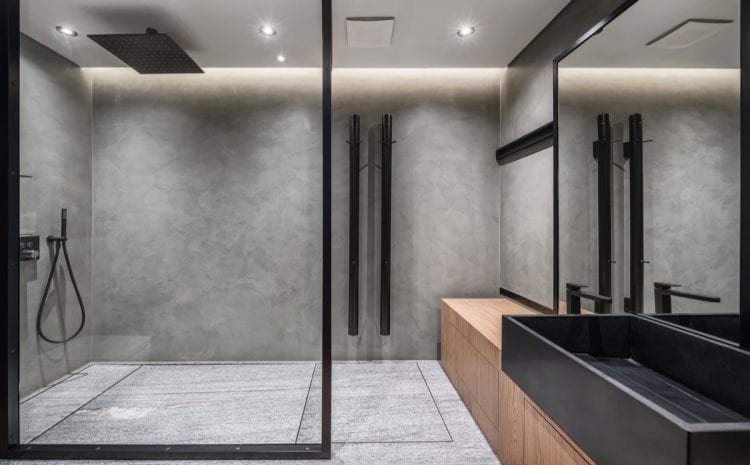 Choosing the right shower for your bathroom is a big decision. The shower can change the whole look and feel of the room, making it an important part of any bathroom. But with so many styles of showers and shower screens to choose from, making your decision is not always easy.

You may be remodelling your bathroom or simply updating your shower. Whatever your project, here are the most popular styles to help you choose.

The bathtub-shower combo is a classic choice. In this style, the shower is fitted to the bathtub so your tub doubles up as a shower, with the primary benefit being the space saving. Without the need to install an additional shower, this can be a great choice for small bathrooms.

It’s also easy to install. If you already have a bathtub in your bathroom, a shower can easily be added along with the controls. However, there is the problem of having to step into the bathtub in order to have a shower, which is not as convenient as walking into a shower unit. The shower is also hidden away rather than being a feature of the bathroom, which might not be your goal.

The classic prefabricated shower is the most common shower found in bathrooms, and it comes in a wide range of prices including budget options.

The shower screens are usually made out of moulded plastic, fibreglass or something similar, and it is a single-piece design that often comes with various features like grab bars and shelves.

If you are custom fitting your shower into your available space, a custom shower is the one for you.

Custom showers are the complete opposite of prefabricated showers because they are built to your unique specifications. They can be composed of various materials including stone or porcelain, and they come in any size and shape.

The downside is that they are more expensive, but they can be a great investment by allowing you to make your shower into an attractive feature of the bathroom.

As the name suggests, corner enclosure showers are fit into the corner of the bathroom. The shower screens consist of two sheets of glass, and a pivoted door allows access.

These freestanding showers are great if you want something tucked away in the corner of your bathroom, and they are a good way to save space.

The rectangular enclosure shower is a simple and popular shower with shower screens made from tempered glass. The frameless shower uses metal clips at the corners to provide an open and spacious feel to the shower, which can help to open up the bathroom. These simple walk-in showers come in lots of sizes, and they can also be fit into the corner of the bathroom if preferred.

Often installed in the corner of the bathroom, the curved enclosure shower has a curved door that slides open in an arc. They are similar to rectangular enclosure showers, but they are also more expensive. The rounded end faces the room to provide an attractive and contemporary look, and they can be a great use of space when installed in smaller bathrooms.

This type of shower is something between a curved enclosure shower and a corner shower. It is installed in the corner of the bathroom and has a square shape, and the shower screens consist of two sheets of glass that do not actually meet and a third sheet between them to complete the enclosure.

This freestanding shower has a modern look and feel, and is usually quite small.

The body shower is a more unusual design that comes with features like water jets down the side of the wall in addition to the showerhead, the aim being to direct the water exactly where it needs to go.

These are similar to shower towers, which have the controls and jets incorporated into the design rather than in the wall, and they have a sleek and contemporary appearance.

These showers consist of a shower unit without a door that you can simply walk into and start using.

They come in a wide range of styles, but the basic idea is that one side is left open to provide easy access with no need to open any doors, creating a minimalistic and contemporary feel that opens up the whole bathroom. These showers often provide more space because you are not confined to a small shower unit.

Consider the Mixer Type in Your Shower

There are lots of bathroom styles, but whichever style you choose, it’s important to consider the mixer type as well. This is the part that mixes the hot and cold water to form the right temperature, and it often controls the pressure as well.

The manual mixer is the most common and traditional option. This is where you simply adjust the controls to get the temperature you desire, and it is easy to both install and use.

Thermostatic mixers can be set to the temperature you want so there is no need to adjust the water. With these, the water always comes out at a constant temperature. They are easy to use, which is particularly suitable for kids, and they sometimes have digital control panels.

Electric showers heat up the cold water in the heating unit, and as such there is no need for these to have a hot water supply.

It’s also important to consider the various types of shower doors and shower screens for your shower. There are various types of doors to choose from, including sliding doors, hinged doors and pivot doors, which all affect the appearance of the shower as well as how easily you access it.

As for shower screens, there are many different types of materials and styles. Take a look at our own collection of shower screens to discover the possibilities for your bathroom.

There’s a lot that goes into choosing your perfect shower, from the style to the mixer to the shower screen. So take your time, explore your options, and find the perfect shower for your bathroom.